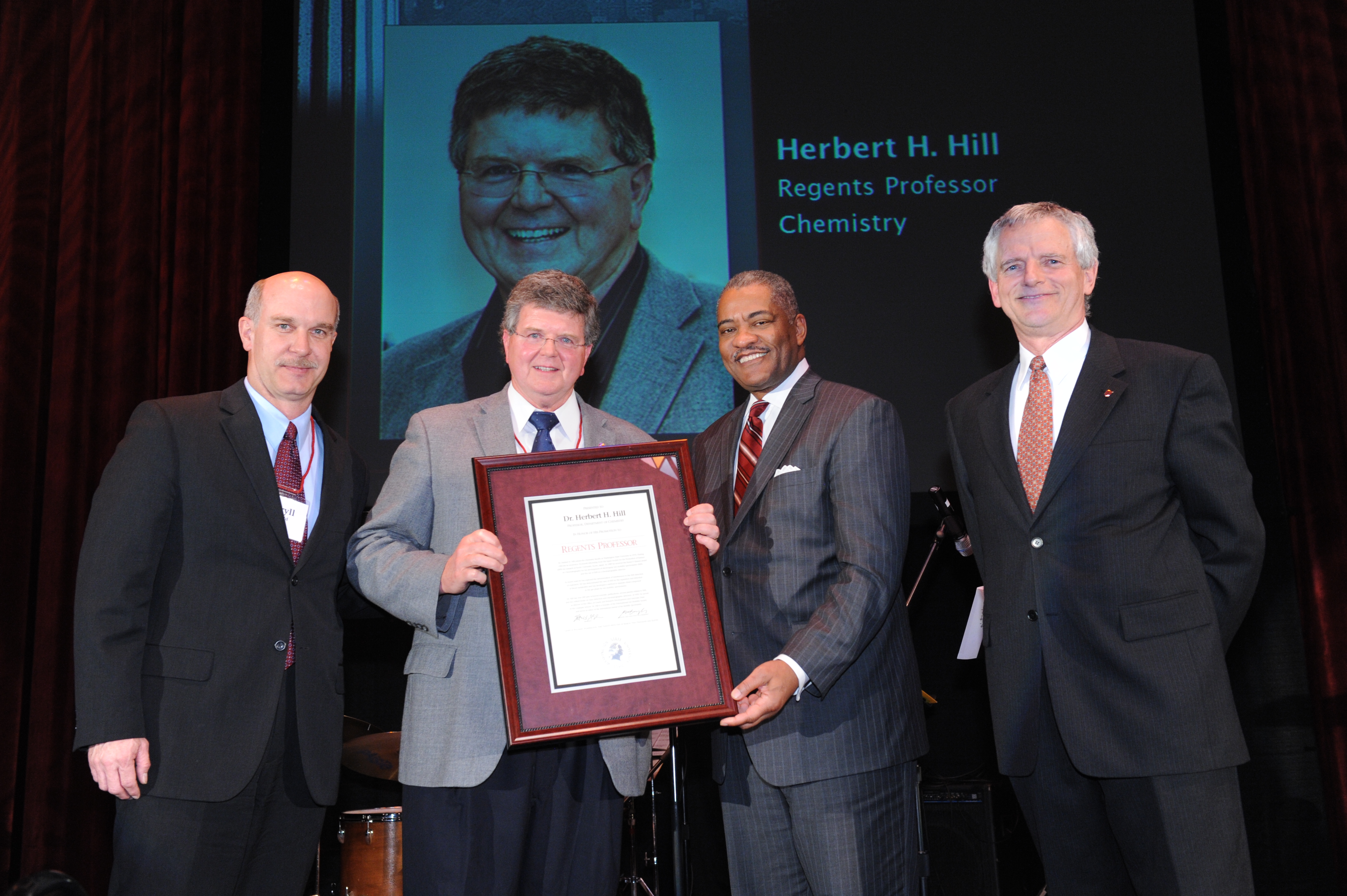 Dr. Hill obtained his Ph.D. degree in Chemistry in 1975 from Dalhousie University of Halifax, Nova Scotia, under the direction of W. A. Aue. While at Dalhousie, he was a member of the Trace Analysis Research Centre and was awarded the Izzak Walton Killam Memorial Scholarship for Advanced Study.

Before joining the Chemistry faculty at WSU in 1976, he was a postdoctoral fellow in the laboratory of F. W. Karasek at the University of Waterloo where he first demonstrated the applicability of ion mobility spectrometry for the trace detection of organic compounds such as drugs and explosives. During this time, he also demonstrated the first use of selective reactant gases for IMS and identified reactant and product ions using ion mobility mass spectrometry.

During the 1980s, he continued his work with IMS, developing the IMS designs which are currently used today and interfacing IMS to various forms of chromatography. During the 1983-84 academic year he received a 10-month fellowhip from the Japan Society for the Promotion of Science (JSPS) for research at Kyoto University, Kyoto, Japan.

In 1989 he received the Keene P. Kimick award in Chromatography for his development of electrospray ion mobility spectrometry and the use of IMS as a chromatographic detector. Throughout the 1990s he continued to develop IMS using electrospray ionization for the detection of chemical warfare agents, explosives, and drugs, as well as developing high resolution IMS coupled with mass spectrometry for the separation and detection of biological compounds.

In recent years his interest has been in the determination of interferences to the IMS detection of explosives. He has demonstrated the used of IMMS for the separation and detection of blood metabolites and has developed a method to separate chiral compound in the gas phase by ion mobility spectrometry. He teaches short courses in IMS at the Pittsburg Conference and at the International Society of Ion Mobility Spectrometry Conference. He has over 200 peer reviewed scientific publications; several patents related to IMS; and two edited books on trace detection and chromatographic detectors. At Washington State University he has served as director of the Office of Grants and Research Development, Associate Dean of the Graduate School, and is currently a Regents Professor in the Chemistry Department. Dr. Hill is a founder of the International Ion Mobility Society.